Central courtyards and the demise of the backyard 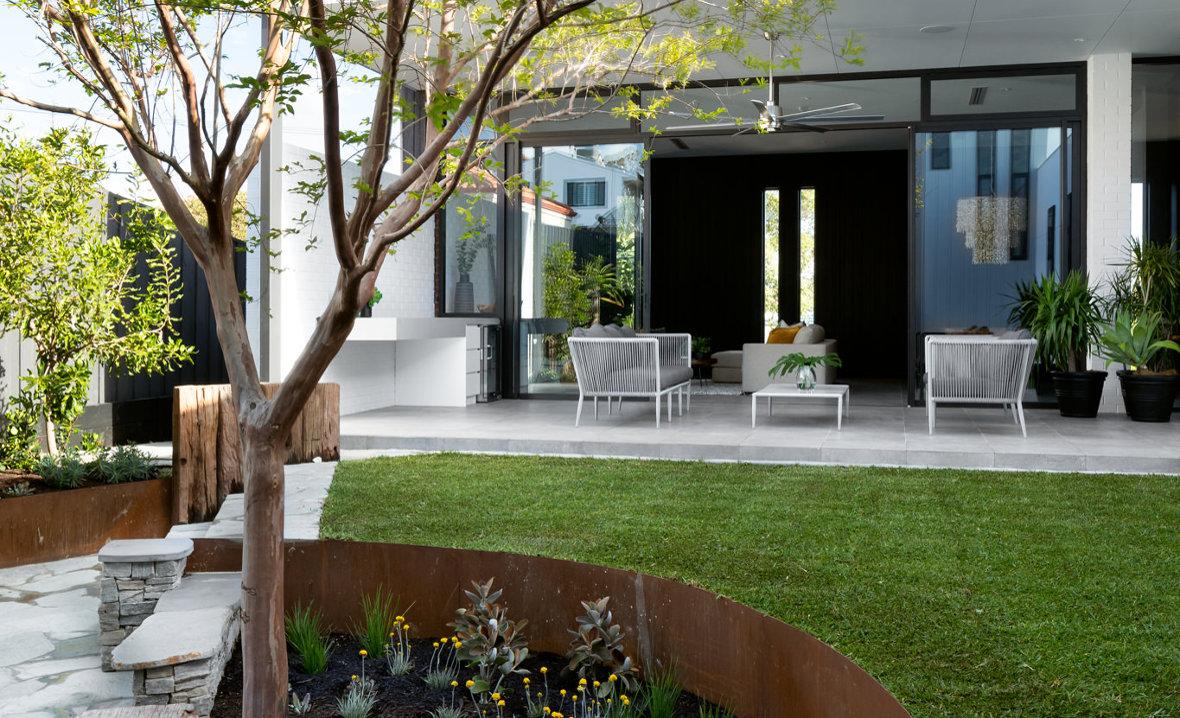 The iconic Aussie backyard might not be as revered as once thought.  Increasingly, modern homes are embracing the age-old trend of the courtyard and central outdoor zones.

Originally the backyard was not a space for public viewing, instead an area to simply hang washing.  Entertainment took place indoors and was a more formal affair, Humphrey Homes Owner/Director Dean Humphrey said.

“The key to integrating our outdoor lifestyle is making better use of outdoor spaces,” he said.

“This has also led to the rise in outdoor kitchens, pools and an alfresco lifestyle.  The formal, indoor dining space is redundant, making way for the outdoor room to become a main habitable area for relaxation and entertainment.”

Mr Humphrey said central courtyards offered myriad benefits including increased connectivity with the residence, stronger visual permeability and improved thermal principles by allowing northern light into rooms which would not receive it otherwise.

Integrating the outdoors inside and letting sun into your living areas is remarkably sustainable.

He said the thermal mass of the structure – the ability to absorb and store heat – was significantly greater overall due to light entering via strategic pockets.

“Strong courtyard designs basically allow the building fabric to act as a skin which you can shut off or turn on as the need arises, to allow better breathability and liveability,” he said.

Traditional square blocks and narrow blocks are both prime candidates, according to Mr Humphrey.

In smaller homes, a central courtyard often allows every space to feel bigger, brighter and more connected.  As blocks become larger, courtyard provide an opportunity to insert light pockets into the home and cluster living spaces, which is ideal for multi-generational living arrangements.

Mr Humphrey said successful courtyard designs must consider the elements such as sun and wind, as well as the impact of the surrounding infrastructure and noise.

“As always, the hero in good design is orientation,” he said.  “For example, positioning the courtyard to the north-west sun puts the house at a disadvantage, as it will let in too much heat.”

“Good landscaping should also be considered, otherwise the area will essentially become a pocket of heat and uninhabitable.”

Adding a roof to your courtyard area is not recommended, as it has the potential to ruin the design sentiment of the surrounding rooms.  Similarly, size should be a chief consideration, according to Mr Humphrey.

"If not designed properly it essentially steals spaces from the other parts of the house and all areas become redundant," he said.

Remember courtyards don’t just need to be used for entertaining or relaxing – they can be service courtyards too, such as a drying courtyard off the laundry area.

Want to know more?  Check out the galleries of central courtyards in this Mosman Park residence, this Swanbourne residence and this Cottesloe residence.

what others are saying on our testimonials page or join the conversation on Facebook, Instagram or say hello today.

This story first appeared in The West Australian's New Homes liftout on February 15, 2020.