Forged in the fires of tradition 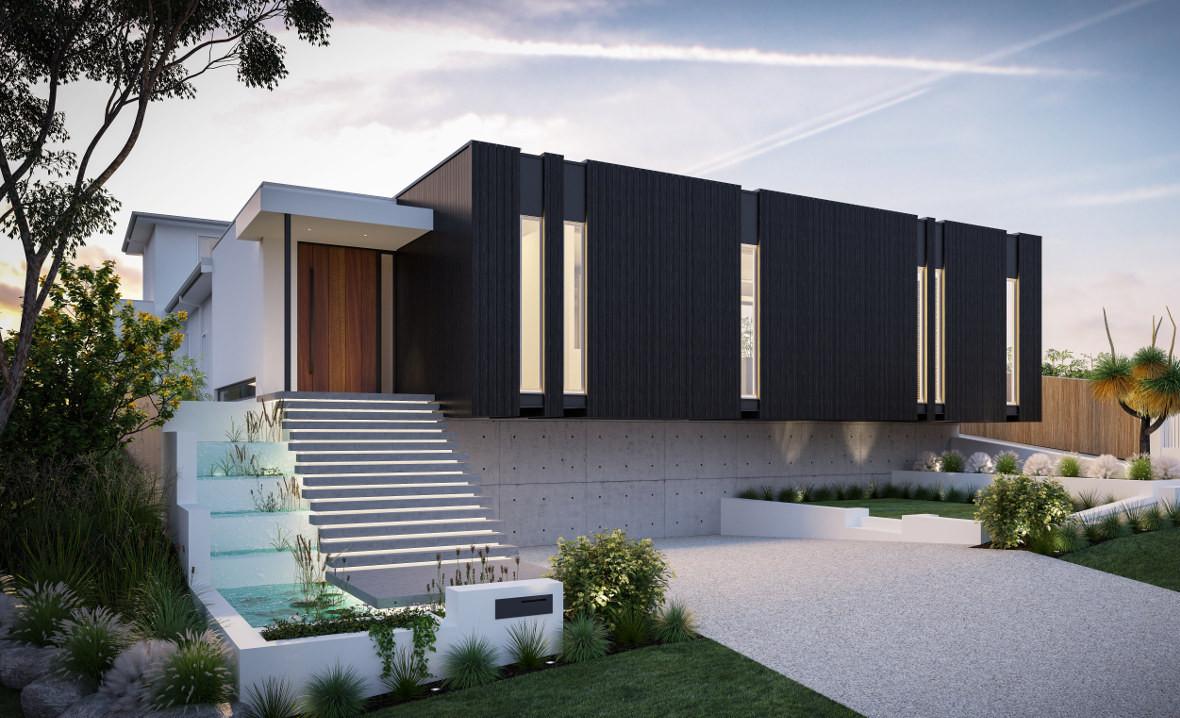 An ancient Japanese practice is being embraced in Australia as a cutting edge design technique that lends textural beauty to modern residential abodes.  Shou sugi ban, which roughly translates to 'burnt cedar wood', is a way of preserving and beautifying timber by using fire to char the surface, rendering it a magnificent charcoal black colour.

Different shades of black can be created depending on how much heat is applied.  The practice also adds to the wood's longevity, making it more durable and less prone to damage.

While relatively new to Perth architects and builders, shou sugi ban has been used in Japan for centuries.

Humphrey Homes Director Dean Humphrey came across shou sugi ban at a trade expo during a research trip to the United States several years ago.  Intrigued, Mr Humphrey started researching the technique to determine how it could be applied to his designs locally.

"Shou sugi ban is special because it offers a textural depth to timber and can be used both indoors and out, meaning the architecture and the interior design of a living space can equally benefit," he said.

"The level and depth of char is entirely up to you - if you want a heavier and darker finish, just apply more flame.  Once the desired colour and texture is achieved, it can be left raw or it can be oiled to seal and protect the unique finish."

Personally experimenting with various timbers, Mr Humphrey was thrilled with the results and suggested a client use the textural design feature on the frontage of their custom build in Mosman Park.

"They were very enthusiastic about using it because it was so different and would complement their home perfectly," he said.

"Their home is dramatic and bold, and this type of finish creates the perfect aesthetic.  From the street, the home is very mysterious and private with a cantilevered box floating on the design.

"The addition of the black charred timber to the floating box element is a really visual way to illustrate the mystery of what is inside."

Spurred on by the success of this installation, Mr Humphrey is already incorporating the artisanal practice into another build in the suburb.  This time a 1950s home that will be transformed by a modern extension at the rear.

Mr Humphrey said shou sugi ban could be used for feature walls or ceilings, or as part of a courtyard that connected to the outdoors.

"As it is a dramatic finish it would work best on large-scale applications," he said.  "Having said that, I have seen it used on letterboxes or homewares, including coffee tables and timber bowls, to great effect.

"With our second Mosman Park home, we have used shou sugi ban on a tunnel which connects two zones, essentially transporting visitors from the old part of the house to the new."

For anyone wanting to view shou sugi ban, Mr Humphrey said both Mosman Park homes were due for completion later this year and would be open to the public.

This story first appeared in The West Australian's New Homes liftout on July 6, 2019. 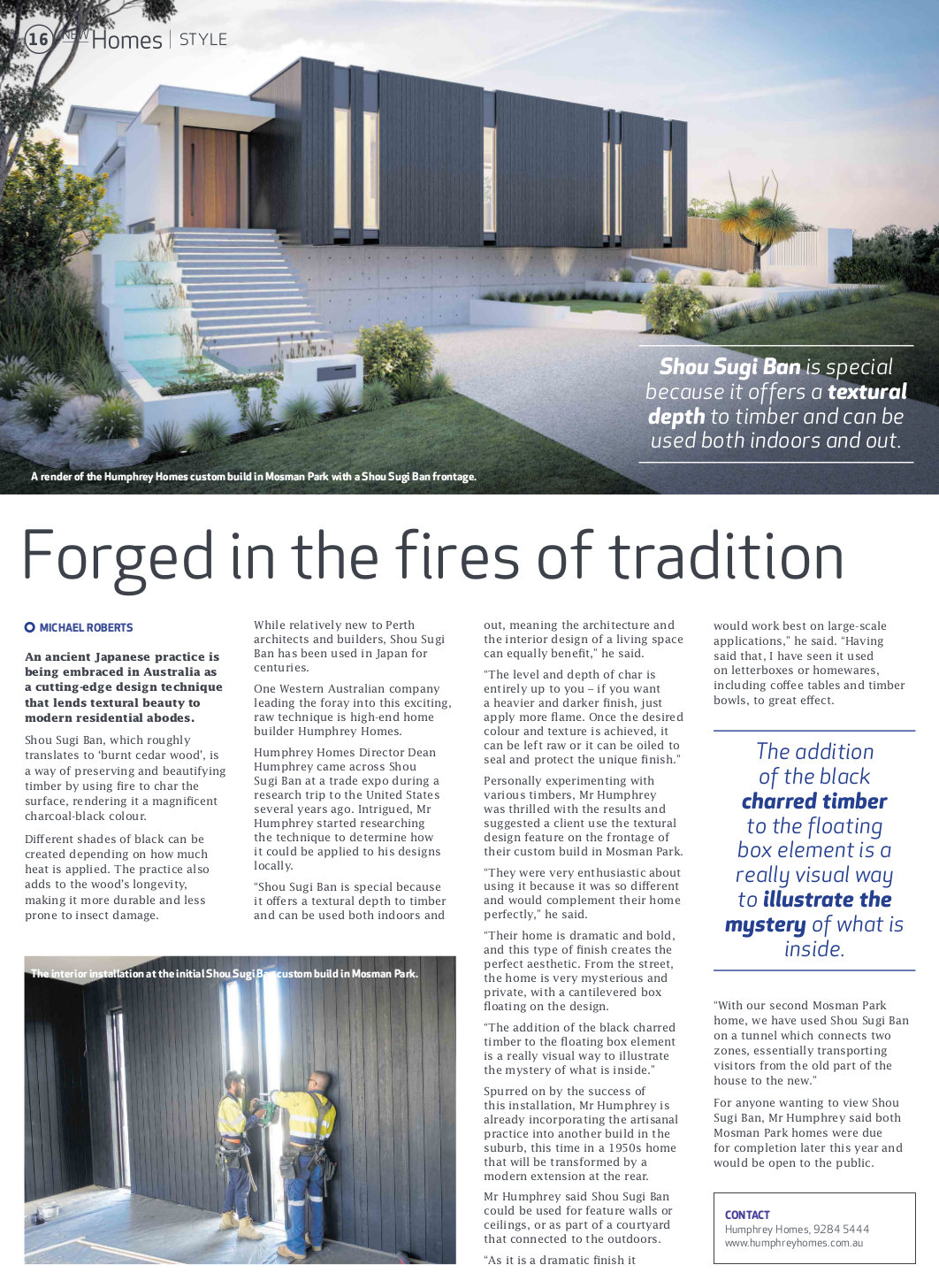