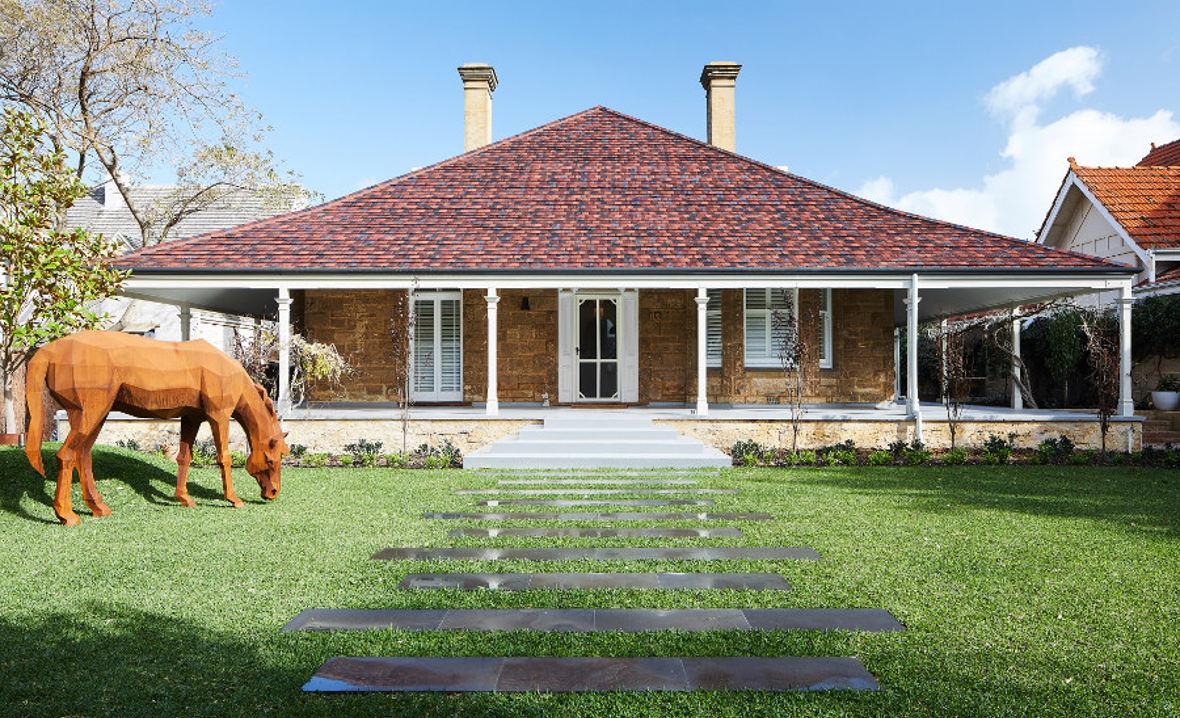 The oldest home in Peppermint Grove recently embarked on a new chapter in its storied history, with a phenomenal 15-month renovation by custom architect and builder Humphrey Homes bringing it into the 21st century while paying respectful homage to its culturally significant roots.

Built in 1892, the story of Bleak House belies its name. Once the residence of William Sayer, a Solicitor-General and Crown Solicitor in Australia’s pre and post-Federation periods, the heritage-listed bungalow-style home has rich ties to the area and showcases styles reflective of the early Gold Boom development period.

These were a significant consideration for Humphrey Homes as the builder went to work, transforming the abode into a striking and contemporary six-bedroom, five-bathroom home while undoing parts of a 1970s renovation which in-house Architect Helen Marchesani said “visually overwhelmed the original limestone house”.

“There was a 1970s addition which considerably changed the back of the original home,” she said.

“The three front rooms and the hallway were the only original parts of the home, and part of this addition included an imposing pitched-roof second storey towards the back.”

The home’s underground cellar was renovated and is now accessible by a hidden door in a wall finished to shou sugi ban style. Engineered oak flooring was installed to the rear, in direct contrast with the darker jarrah to the original home.

Outside, an existing swimming pool was replaced and an outdoor alfresco added to improve the home’s interaction with the backyard.

But the builder did more than just add to the historic abode. A number of steps were taken to restore the build back to its original glory, including the installation of new limestone and pointing to match the 1800s limestone onsite, re-tiling the entire roof while faithfully repairing the 100-year-old timber structure and remodelling the existing rooms. Verandah lining added in the 1970s was replaced with a new, solid timber ceiling.

The resultant street frontage is faithful to the period in which it was built – a stunning facade in its own right and one which gives little away of the contemporary delights to come.

Ms Marchesani said the home was renovated with deliberate contrast between old and new, all the while respecting the significant requirements placed on it by its heritage listing.

“The new elements were obviously selected so as not to confuse with the old, but are still respectful in their proportion, scale and materiality,” she said.

“In the centre of the home where it transitions from old to new, we purposely created the space to be a central link. The library acts as a ‘transition room’, and here we uncovered a fireplace and restored that as a tribute to the home’s original era.”

Ms Marchesani pointed to the retention of the home’s original high ceilings and their further accentuation through the rear, the addition and improved integration of the pool and alfresco, the inclusion of the garage to a rear laneway to improve accessibility and the use of steelwork to the windows and doors as highlights of what proved to be a massive and rewarding job.

However, she said the faith the client put in Humphrey Homes to deliver the project topped all else.

“The main highlight was working on such a significant home and being trusted to do so,” she said.

“The work was completed in accordance with the highest level of heritage restrictions and involved significant liaison and collaboration between Humphrey Homes, the owner, the council and the heritage consultant.”

Want to know more?  Check out this home’s full gallery, see what others are saying on our testimonials page or join the conversation on Facebook, Instagram or say hello today.

This story first appeared in The West Australian's New Homes liftout on August 8, 2020. 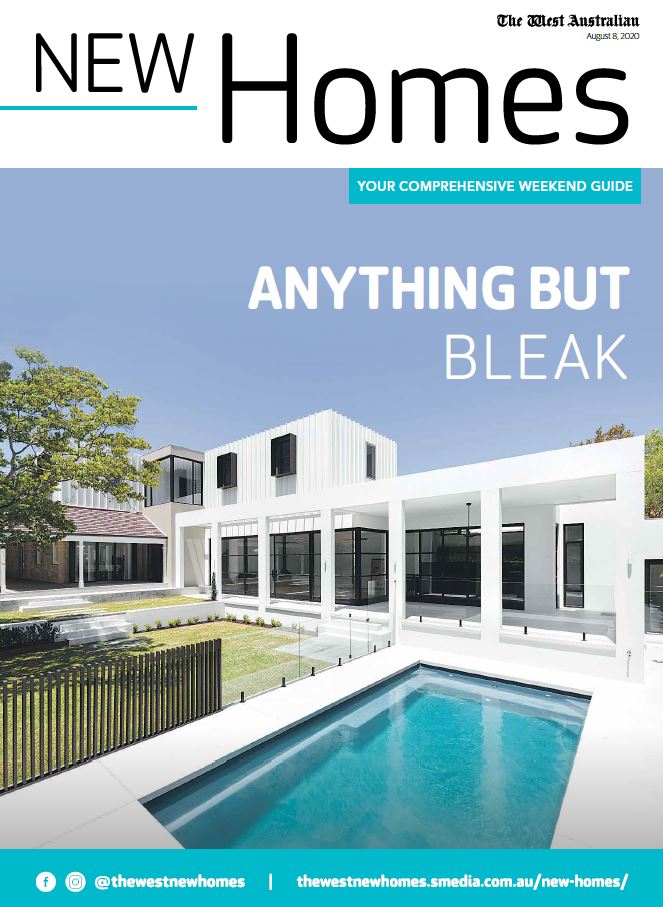 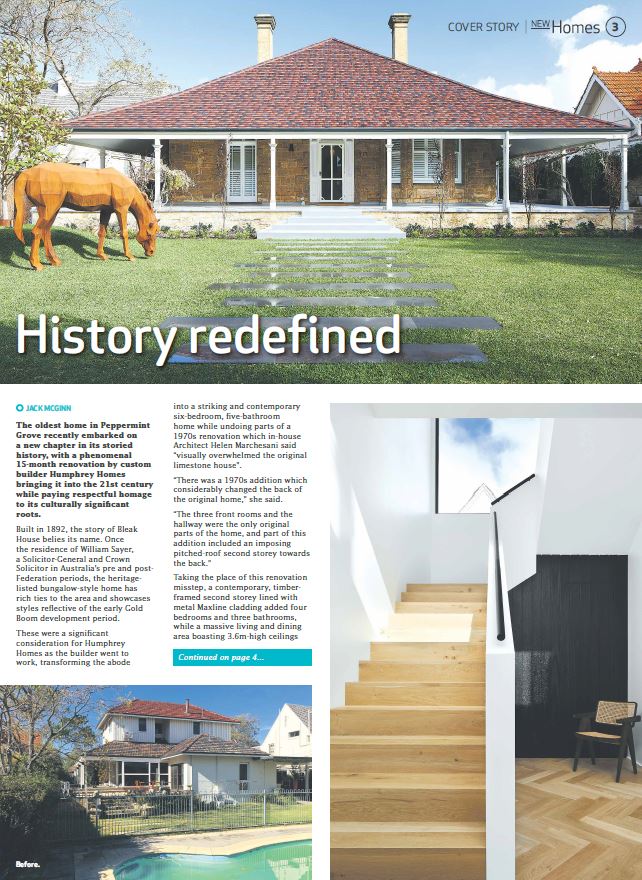