In the news: Tiles that go the extra mile 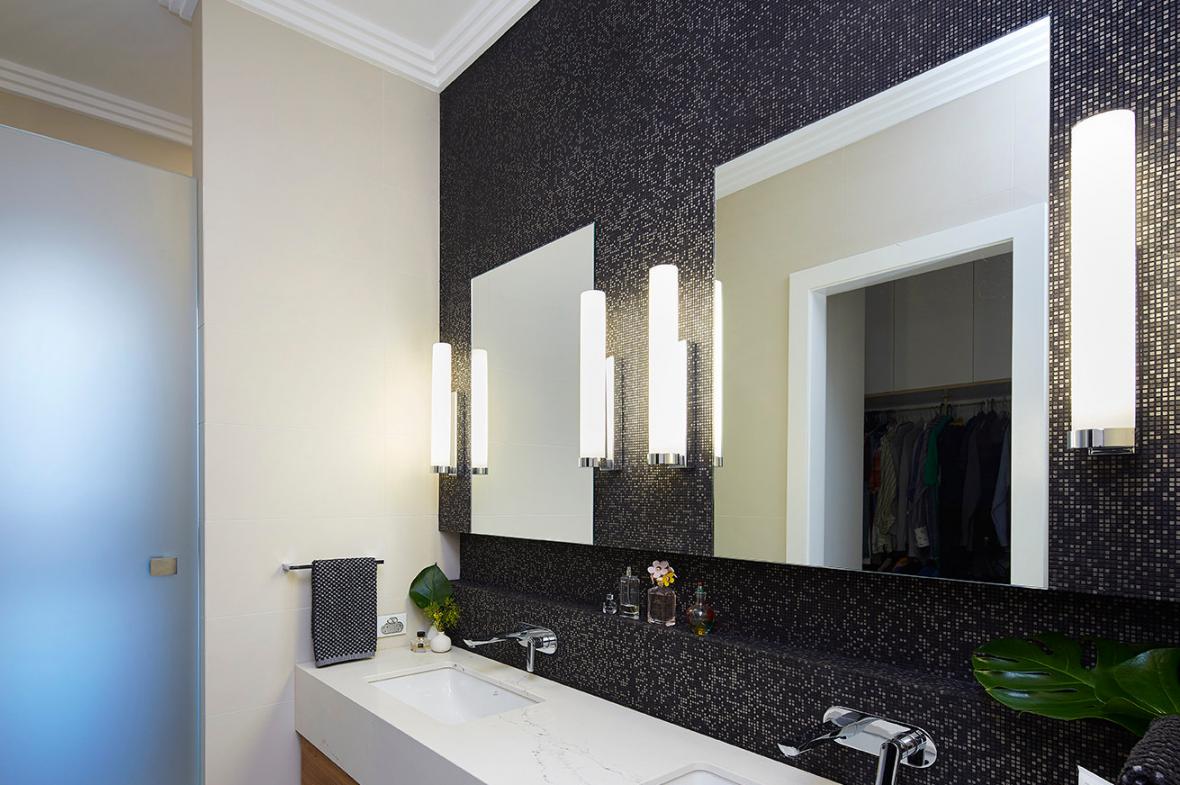 With a design centred around a series of landscaped courtyards and with 17,000 mosaic tiles used in the ensuite, this stunning custom build from Humphrey Homes is certainly unique.

The advantage of including a variety of landscaped courtyards allows each family member access to a garden area, according to Humphrey Homes Director Dean Humphrey.

“The vision for the home was to allow abundant northern light to enter the main living zones while still offering pleasant landscaped vistas throughout,” he said.

“The extensive use of commercial grade windows in the rear area enabled us to do that and has the added benefit of allowing the owners to passively supervise their children if they are playing outdoors.”

Another key aspect of the design was the kitchen.  The hot plates have been built directly into the benchtop, which Mr Humphrey said was first for WA.

“Built into the benchtop, it sits underneath a concealed rangehood, giving the impression of a vast and seamless finish for the main cooking hub,” he said.

“It’s a very modern take on a forward-thinking kitchen.”

Other unique features of the kitchen include a tiered benchtop with stone on top, a lowered timber extension that acts as a breakfast bar and a brass strip detail throughout the space.  Behind the kitchen is a scullery with built-in fridge and freezers, as well as a large cool room.

The quality of workmanship in the main kitchen is continued in the alfresco kitchen which can easily work as a normal preparation space with a pizza oven, barbecue and wine fridge.

“We worked with the owners to create an outside room in its own right and have achieved that, with vast amounts of space to unwind or entertain,” Mr Humphrey said.

The entertaining possibilities in the outside space are many, with a pool and spa joining the supreme alfresco area.

At the front of the home, the elevation features a deliberately understated visual, as Mr Humphrey said the owners did not want a “showy” façade.

“We included features like stone cladding, a custom made Victorian ash pivot entrance door and a timber arbour to frame the entry, which was painted to match the window frames for a seamless look,” he said.

Careful consideration was given to the tiling in the home to ensure the finishing touches made it stand out.

Included in this were the 17,000 mosaic tiles used in the ensuite, 45 degree tiling under the timber benchtop of the breakfast bar and Moroccan grey limestone tiles around the pool area, creating a feature alternative to pavers.

This article first appeared in The West Australian’s New Homes liftout on January 13, 2018.

Learn more about this home and see the full gallery.