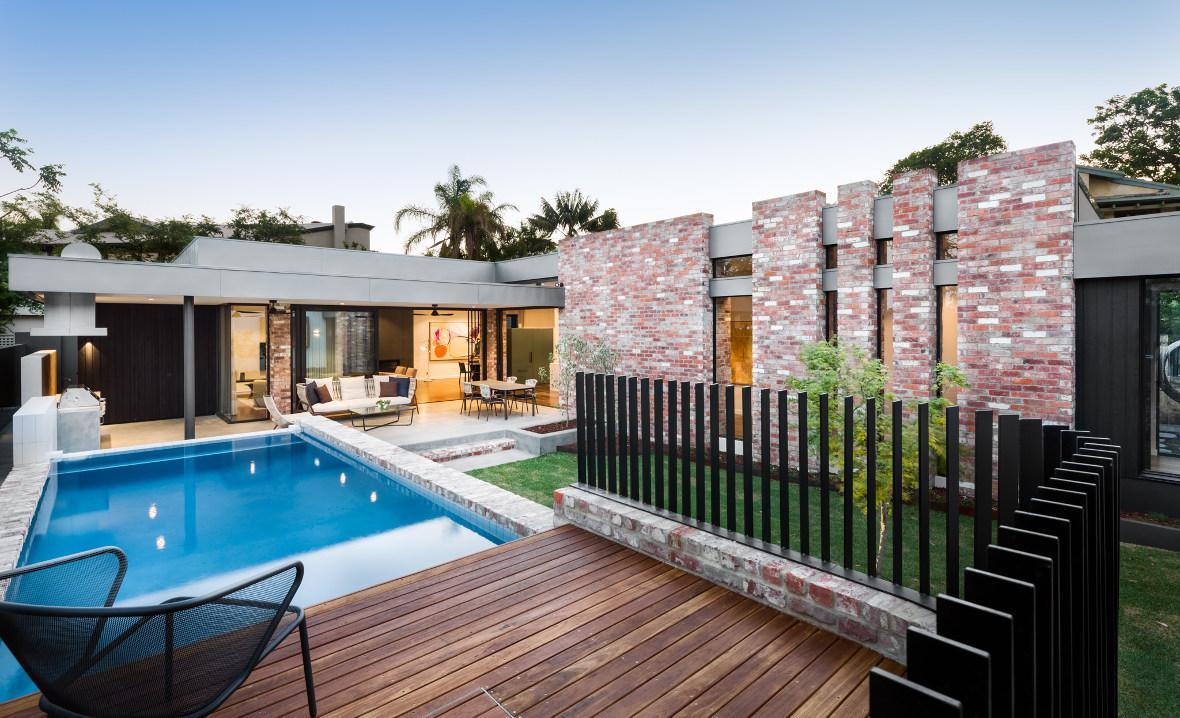 Every home has a story, and that of this custom build in Mosman Park began at the start of the last century.

The homesite is one of the most significant in the suburb, with the surrounding precinct forming a vital part of the farming history and culture that has been characteristic of the wider area for hundreds of years.

When the owners decided to build a new home on the site, they identified the need to take a considered, trusted and respectful approach to honour what had gone before, but still deliver a contemporary, progressive design.

Humphrey Homes was appointed to take on the challenge, building a three-bedroom, 3.5-bathroom home over 555sqm that could be described as a master of contrast.

Humphrey Homes Owner and Director Dean Humphrey said contrast was shown in the architecture, emotion, textures and history of the build.

“This home thoughtfully pays homage to a rich and important past and offers excitement and energy at the prospect of what is to come,” he said.

Nowhere is this more evident than at the rear of the site, where 6,000 recycled bricks from the original home make up a bold feature.

“Each brick was cleaned by hand and then used to build a series of 3.5m-high walls at the rear of the home to frame the courtyard and interior living,” Mr Humphrey said.

“The swimming pool, which is mostly above ground with a waterfall edge, has also been constructed from recycled bricks.

“It really has been a labour of love, as it is detail-driven work and a time-consuming process – each brick needed to be restored to a clean, rustic aesthetic, which added to the overall personality.”

Other nods to history include the maintaining of the original home’s elevation. To further strengthen the historical connection, a striking, black, laser-etched screen with an image of the area from the 1920s was wrapped around the garage.

“This is not a heritage-listed home, but there was a very strong desire from the owners and our team to pay homage to something so significant, and it has been a real honour to be trusted to deliver what will form an important part of our history,” Mr Humphrey said.

Inside, replications of the original ornate cornices lend a sense of traditional character to the home, complemented by  contemporary elements such as stained veneer cavity sliding doors, a massive skylight which fills the entrance with natural sunlight and a huge powder-coated stainless steel box  window which is thermally broken to keep heat out.

Keeping in a theme, an ancient building tradition relatively new  to Perth was used to create a connection between new and old.

“Inside the home there is a solid black tunnel made out of shou sugi ban – a traditional Japanese technique that chars and preserves wood,” Mr Humphrey said.

“Essentially, this transports you from the front of the home which is ‘old’ to the new.”

From there, the ceiling heights expand to 3.6m, and an open-plan living area takes form around the swimming pool.

There is also an electric car charging station in the garage and the roof is made of solid zinc. The home includes extensive use of solar roof panels and a battery for storing the energy generated.

Doors and windows throughout the build are a combination of powdercoated stainless steel, stained timber and aluminium.

Humphrey Homes Architect Helen Marchesani said the home was  deliberately understated and discreet from the street, though a play on materials and strong visual elements hinted at the contrasting features of the interior.

“The response to place and its history are so important in architecture and building, and it is not often we get the chance to respect it,” she said.

Want to know more?  Check out more on this home including the full gallery, see what others are saying on our testimonials page or join the conversation on Facebook, Instagram or say hello today.

This story first appeared as a cover story in The West Australian's New Homes liftout on November 16, 2019.

Our thanks to WA artist Elle Campbell, Contempo Studio and Peter Ellery Photography for their assistance with this private residence in collaboration with Humphrey Homes. 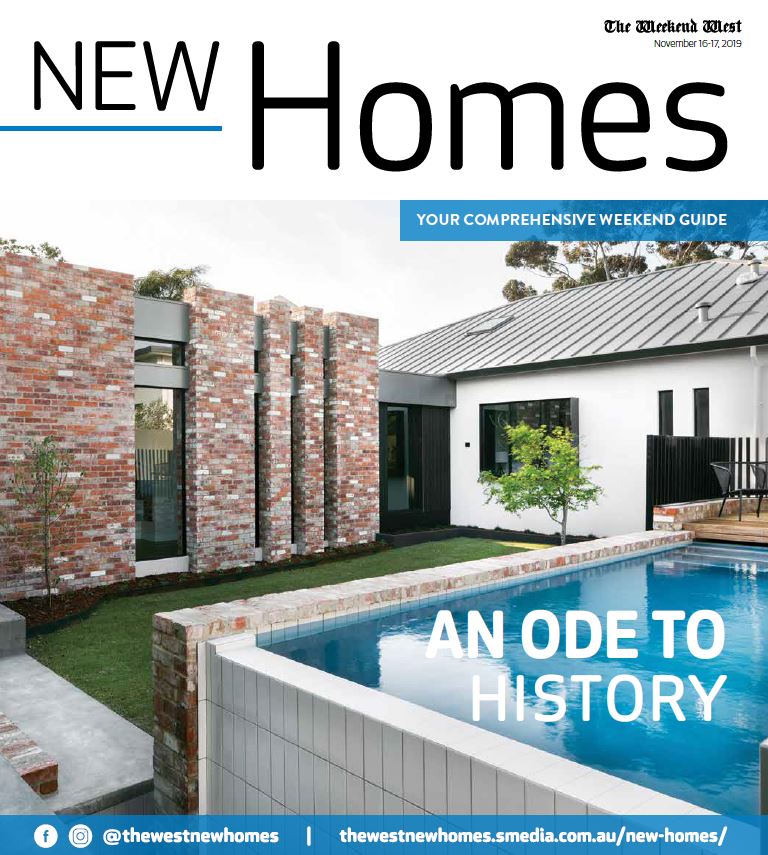 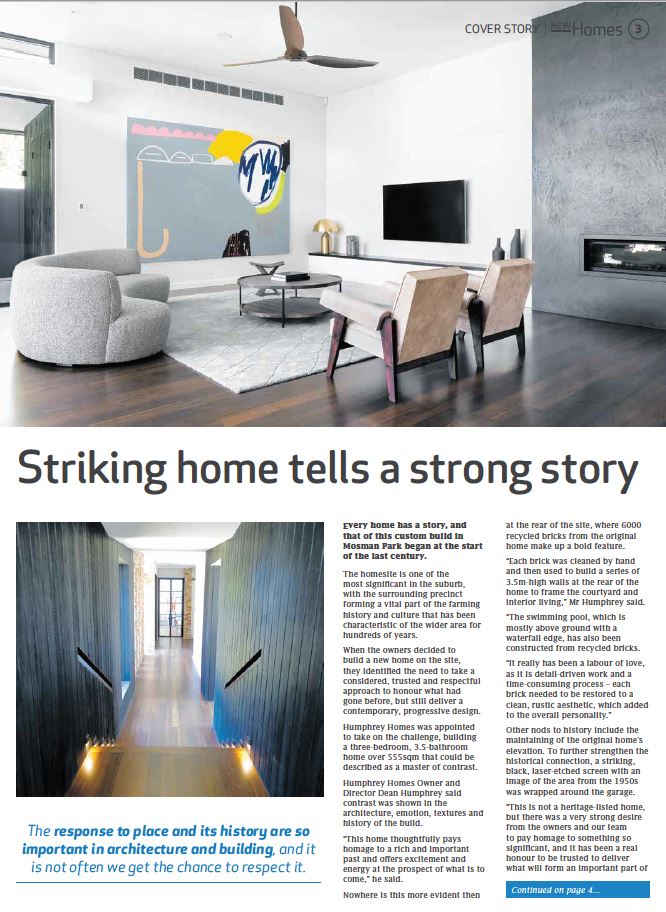 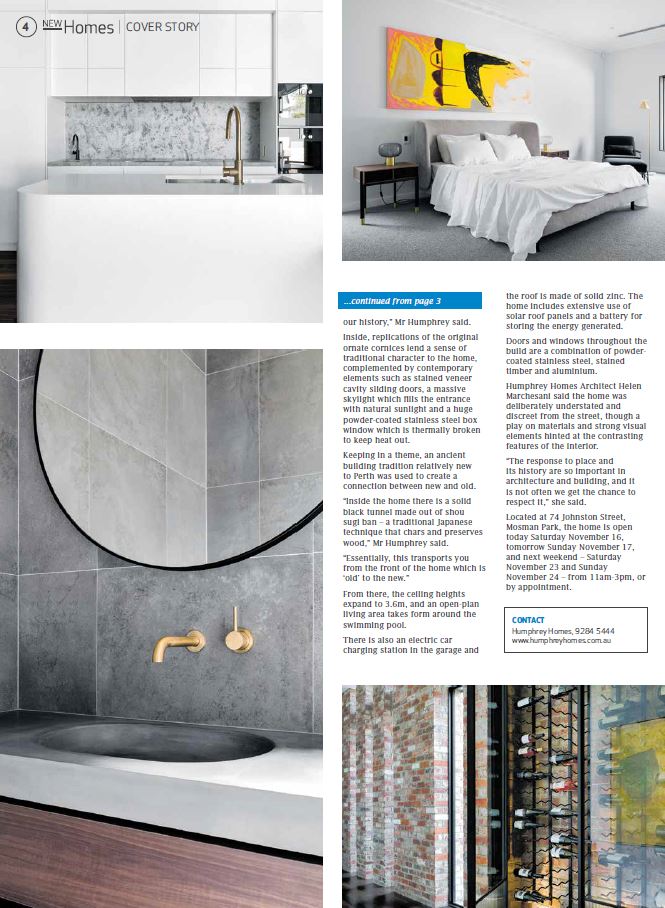