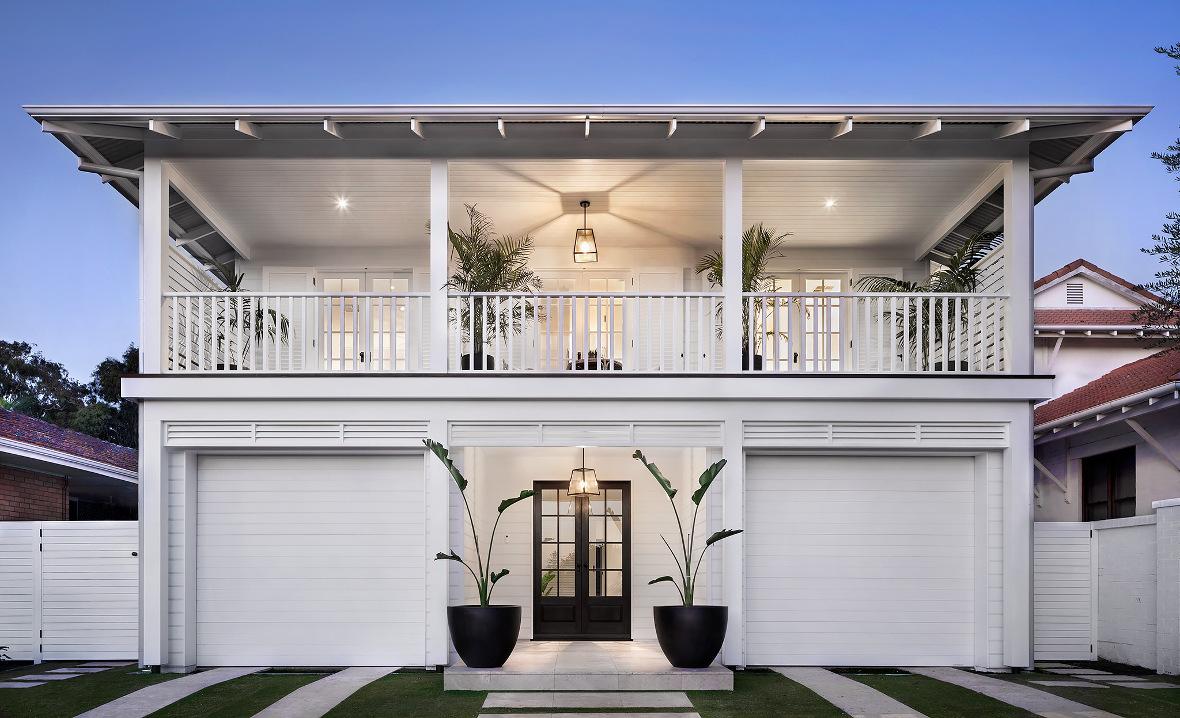 The Western Australian homebuilding scene has traditionally been a very brick-dominated space, but according to Humphrey Homes Owner/Director Dean Humphrey, timber is becoming an increasingly popular material among homebuyers.

A widely used material for roof construction around the world, Mr Humphrey said it was also popular in many countries for builders to use timber in wall and floor frames.

The product is essentially used for structural requirements such as roofing, beams and walls, or serves as a visual element in the home through use in decking, ceiling lining, weatherboards and posts.

Mr Humphrey said the cost of incorporating wood into the home varied.

“The cost of using timber partly depends on what types of cladding are used to cover it,” he said.

“Brickwork simply gets plastered or can be left as face brick.

“Timber-framed walls can be clad in a multitude of materials, including weatherboard, cement sheeting, metal cladding and many others.

“It can be kept very simple or dressed up, limited only by imagination.

“Therefore the cost is dependent on these options.

“It is generally faster to build a timber-framed home than a brick home, which obviously affects overall costs.”

While pricing for the product can be difficult to judge, Mr Humphrey said the aesthetic and feel of timber in the home had WA homebuyers clamouring to incorporate the natural material within their properties.

According to Mr Humphrey, there are well-documented health benefits of being around timber, stemming from its connection to biophilia, a tendency to want to be in nature and immersed in the outdoors.

Mr Humphrey said the material had been known to lower stress levels, increase focus and concentration and even aid in recovery, similar to the effects of spending time in a garden or forest.

In stark contrast to the colder feelings typically associated with steel, concrete or stone, timber was said to evoke warmth and welcome.

“The amount of incredible architectural buildings around the world now being built from timber is staggering,” Mr Humphrey said.

“One of the most significant innovations is machinery for the production of timber now includes computerised machines which cut, drill and shape timber like giant pieces of Lego, ready to assemble onsite.

“This is still a developing market in Australia, but one with enormous potential.”

While timber is a beautiful and burgeoning product, Mr Humphrey said it often required maintenance such as repainting, re-oiling or simply washing from time to time where used as a feature.

He said the amount of work required was dependent on the timber’s exposure to direct sun and rain and warned people in the market for maintenance-light homes should avoid it as an external feature material.

However, among people who don’t mind a bit of home upkeep, Mr Humphrey said wood was still very popular in alfresco areas and decking.

Want to know more?  See how timber has been used in this home's full gallery what others are saying on our testimonials page or join the conversation on Facebook, Instagram or say hello today.

This story first appeared in The West Australian's New Homes liftout on September 12, 2020.