Closing in on airtight solutions 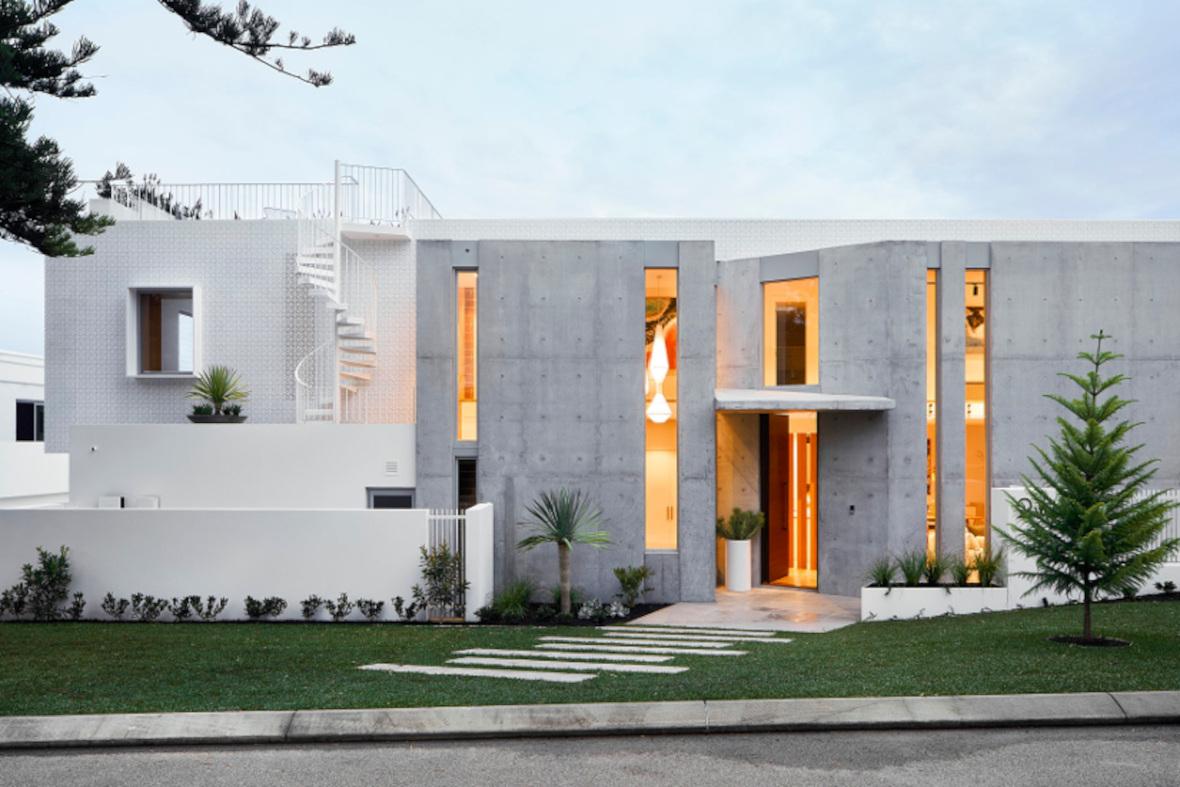 Mr Humphrey, who regularly travels to Europe and the US to attend exhibitions around airtightness and insulation, is utilising the building techniques used in cold climates to retain warmth in his builds in Perth.

“The idea behind getting a house to be fairly airtight is about energy efficiency,” he said.

“In winter when you have your heater on inside the house, that warm air will find its way out through every little crack in the building, and you just lose it.

“It is very inefficient and expensive.”

With a growing passion to create airtight and energy-saving homes in WA, Mr Humphrey purchased a blower door, which is used to test the airtightness of a home.

“The doors and windows in a house are closed and the blower door is fitted into an external doorframe,” Mr Humphrey said.

“The powerful fan either blows air in (pressurises) or sucks air out (depressurises) and special software on a laptop provides the data, measured as air changes per hour (ACH).

“ACH means how many times the whole volume of air leaks in or out of the house.

“An Australian home built in the 60s or 70s may be around 15-20ACH, meaning the total internal volume of that house is exchanged each hour 15-20 times.

“That would be considered a very leaky and inefficient home, which would be very expensive to heat and cool.”

Mr Humphrey said homes in the US averaged between two to seven ACH, while homes in Germany needed to be as tight as 0.6ACH.

In WA, Mr Humphrey said he expected more modern builds to measure between 10-12ACH, however a lack of testing awareness and regulation means many WA builders are unaware of their home’s airtightness.

He said the first step was to understand that it is not so much about making WA homes more airtight but less leaky.

“Air is invisible, so we cannot physically see how much is entering or exiting our homes through gaps and cracks, especially around doors and windows,” Mr Humphrey said.

“The idea behind making our homes more airtight is simply to make them economical, so we do not waste this energy or our hard-earned money.”

Potential changes to the National Construction Code in Australia (NCC) and early discussions around airtightness requirements means builders are slowly growing wiser to airtightness with some, such as Humphrey Homes, adjusting their building techniques ahead of the pack.

“There are no details about if and when airtightness testing may become a requirement in the NCC for residential homes,” Mr Humphrey said.

“There are certainly discussions being undertaken, and I believe at some point in the coming years there may be an introduction in one form or another.”

Mr Humphrey said if airtightness requirements were introduced in the future through the NCC, he expected it would be around 10ACH.

“To put that into perspective, most well-built modern homes will already be around this level without changing much at all,” he said.

Want to know more?  Check out this home's full gallery, learn more about the benefits of having a combined architect/builder, see what others are saying on our testimonials page or contact us today.

This story first appeared in The West Australian's New Homes liftout on June 4, 2022.